Apache NIFI provides various options to retry/wait in processors. If you want to implement custom processor with out of the box nifii solutions to wait on certain condition/external-resource then it would be complex workflow.

Objective: Identify the regions in India where crime rate is emerging?

Pellucid tutorial using java modules, REPL(READ EVALUATE Print Loop) jshell and how to launch jshell inline command from shell
Jdk-9 is one of the major shift for java developers, it has so many powerful tools and jshell is one of them. Jshell shall be used to run small commands, utilities, expressions, tough it helps to avoid developing many standalone utilities but it shouldn’t be used to run java classes directly.

Below code snippet shows how to save RDD output input single file with header:

I am gonna demonstrate step by step setup of spark project in this post and explore few basics Spark dataset operations in Java. 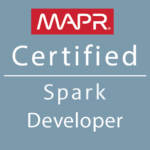 In this post I will show you how to create Apache Beam Spark Runner project using Maven.

Java to json schema maven example:
YAML and JSON are simple and nice format for structured data and easier for human to read and write than XML. But there have been no schema for YAML such as RelaxNG or DTD. Below is an example that convert java object to json schema. Check post for java object to yaml examplejava to yaml

Java to yaml schema maven example:
YAML and JSON are simple and nice format for structured data and easier for human to read and write than XML. But there have been no schema for YAML such as RelaxNG or DTD. Below is an example that convert java object to yaml.

Solr Multithreaded concurrent atomic updates problem:
Solr has few limitations for the data ingestion, as it doesn’t provide row level lock over document.
I face this problem while uploading data in bulk to solr5 in multithread environment and I solved it by solrj client side lock.
When concurrent threads try to make atomic update on a multivalued field of a document at the same time, few threads changes get overridden and it happens because last thread update take sometime to get indexed.

Raspberry pi or its latest version pi 2 mod B is a (I would not say cheap) low cost, credit card sized computer. Pi can plug into your computer monitor or TV set and uses a standard keyboard and mouse (wired or Wireless). It is capable of delivering everything that is expected from a desktop computer, from programming, gaming, internet browsing, playing HD videos and a lot more.

Lanuch Hbase Mapreduce Job
Add all the required jars to a variable separated by(,)
like jar=a,b
in my case I want to supply all hbase jars to job

Below is the LoadRunner and Internet Explorer compatibility matrix -

Sometimes it is confusing, when we observe the difference in Avg, max and min values of response time in “Summary report” and values in “Average transaction response time” graph.

If you are experiencing the usual SSL protocol error during the replay of script in VUgen. Try the below function with SSL version as “TLS” to resolve the “SSL protocol error when attempting to read with host”

Extract XSD from WSDL in Java..

Hbase mulitple operations with bash script or run the bulk of command from bash script
HBase latest version shell commands that provide a jruby-style object-oriented references for tables and reference variable can be used to perform the hbase operation directly in ruby shell, but there are no way to run the same into bash script.
Using bash pipe a table operation(put,get, scan…) can be spawn to hbase shell, single operation will be performed at a time and variable table referencing can’t be implemented with bash scripting.
Here we will run the table operations such as puts, scans, and admin functionality such as disabling, dropping, describing tables using bash script.
A single hbase operation can be launched from bash like this-

Below program can provide sum of any number of matrices of any degree.

Configure and install Hue-
1- Hue Native lib dependencies-
Hue has many modules which are dependent on native library.

Generate indexing using map reduce can’t be done in distributed mode of  mapreduce as each line number is sequential and unique. To achieve this I tried to generate index using single reducer job.

LoadRunner Correlationis one of the most important concept in loadrunner, especially when you are working on web protocols in loadrunner like web(http/html), sap web or Oracle web applications. When dealing with complex scripts, we encounter scenarios where the usual web_reg_save_param function is not able to solve the purpose.

There are 2 types of capture levels - socket level and wininet level data in loadrunner. These 2 capture levels are available in recording options. They specify the tool, where to hook and capture the communication packets from.

Sometime, LoadRunner captures all events during recording but throws an Error during script generation - “Error during code generation. The Vuser script was not generated.”

There are lot of common errors that we keep encountering while using Loadrunner, like HTTP status code 401, 500, 403 etc.

Saving a file to the local machine during recording of a pdf download script in loadrunner VUgen, by clicking on”save as” button, is a client side activity and does not get recorded. But the action on web page which results the file download box gets recorded in VUgen and actually downloads the file (pdf file/Zip file).

LoadRunner Correlation is one of the most important concept in loadrunner, especially when you are working on web protocols in loadrunner like web(http/html), sap web or Oracle web applications etc.

The Error “Server has shutdown the connection prematurely” is often seen during performance test execution in controller.

Scripting a file Upload scenario is usually pretty straightforward, just do few correlations and the script runs without any errors.

How to detect a memory leak

The basic symptoms of memory bottlenecks that affect application performance are -

Below areas can be looked into for performance tuning an application:-